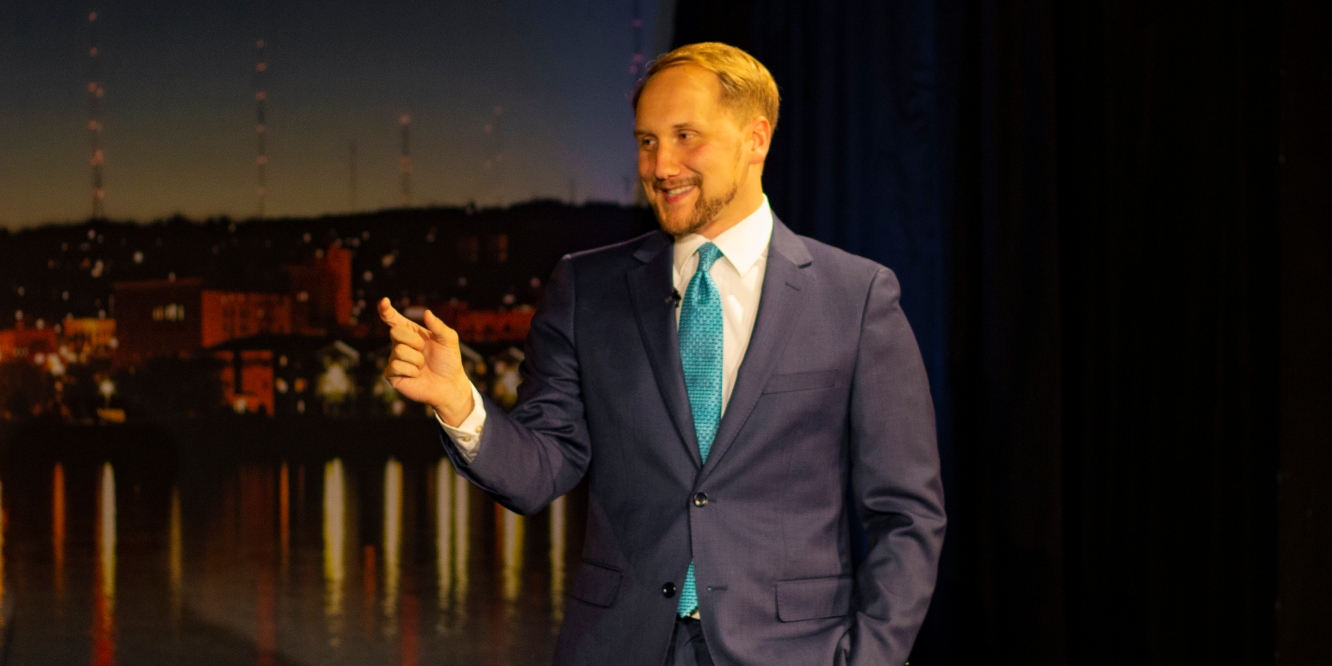 In the northernmost tip of the northern most United state in North America is a delightful little town called Duluth. Duluth is charming because it’s a “Big-Small City” dwarfed by the Twin Cities but in turn dwarfs 90% of the towns neighboring it in St. Louis County.

Andrew Kirov is from one of those towns dwarfed by Duluth and his small town charm and theatrical aspirations have taken Duluthians unique perspective of life and put it into a charming talk show called Twin Ports Tonight.

Twin Ports Tonight hosted by Andrew Kirov & Steven Wyeth charmed it’s audience with fun and amusing skits, guests, unscripted and scripted mishaps that charmed it’s local, older audience, and had me honestly chuckling throughout. What I enjoyed most about Season Two’s taping was the skits and my favorite was the one with Andrew Kirov as a state trooper who stops a driver and accuses him of hilariously specific indulgences like “Going to superior” amid other things. The show was peppered with Duluth inside jokes (we laugh and shun superior so hard because they suck) as well as fibs that illustrated a universal small town charm that would resonate with anyone who is from a town smaller than 100,000 people.

I’m from Duluth and I absolutely loved seeing our town as a backdrop for a show that at it’s peak will be seen by about 100,000 people, but the best part of that is small town people are everywhere and we all have something to relate to in the Twin Ports Tonight show whether it’s exaggerated names of tiny downtown bars like the Big Oak Tree or north-land specific talk about the “National Lumberjack Championships”. It’s all worth tuning into.