“On 6 April 1917, aerial reconnaissance has observed that the German army, which has pulled back from a sector of the Western Front in northern France, is not in retreat but has made a strategic withdrawal to the new Hindenburg Line, where they are waiting to overwhelm the British with artillery. In the British trenches, with field telephone lines cut, two young British soldiers, Lance Corporals William Schofield, a veteran of the Somme, and Tom Blake, are ordered by General Erinmore to carry a message to Colonel Mackenzie of the Second Battalion of the Devonshire Regiment, calling off a scheduled attack that would jeopardize the lives of 1,600 men, including Blake’s brother Lieutenant Joseph Blake.” Source: Wikipedia

First off, an absurdly long scene of two soldiers walking through a trench full of people, avoiding eye contact with the camera is not Interesting. Historically, in film when longer scenes like this were more common this scene would’ve been boring as well in my view.

This film has gained immense notoriety in pop culture for it’s single take look of cinematography and frankly too much effort was spent jacking off the DP and the greater quality of the film suffered.

The complacency and lack of movement of the other soldiers around The MC failed to sell the look of 1917 wartime. Furthermore, the cleanliness of the german trench appeared more like a museum exhibit instead of a hastily evacuated trench.

I never felt like the main character was in a time constraint despite that being the conflict in this film.

Overall, the film made me grateful for editors and made me a fan of Richard Madden who plays Blake’s older brother. He conveyed an amazing amount of powerful emotion in a few seconds. Amazing actor. Other than that the film struggled to insert drama, suspense, or suffering in any appealing way without the help of time interpolation editing and strain between opposing character dialogues.

The truck ride feels ultra useless as there is no cross/film dissolve cut to suggest the progression of time. I felt like the time lapsed between getting on the truck and getting off for Schofield was too close to the actual time of the film itself, that is to say it took about 5 minutes of the total runtime and felt like a useless diversion.

Some of the VFX are really fake.

The transition shot after Schofield is hurt and wakes up in the sniper tower and the camera moves through the second story breaks the immersion. The move decimates any personable connection with Schofield. What did Schofield do? Levitate through the window? How did the DP think breaking the pattern of following Schofield closely was a good idea?

The smoke effects in the climax scene are laughably bad.

Schofield was not an impressive performer and nothing he did felt like he was committed. The script seemed illogical at times. ” I have To go” ” that’s a nice baby you have there let me stare at it for 10 minutes” he didn’t say the latter line but I’m paraphrasing his actions.

Richard Madden’s short performance of realizing his brother was dead hit harder than any of the previous moments in the movie.

Overall this movie was definitely a popcorn flick in that the cinematography choice was a gimmick used to sell a weak script and an even weaker cast.
Nothing in the script communicated to other beat points and the movie as a whole felt lackluster. The extras in the background looked like they’d been sufficiently yelled at by ADs to not seem like they were in a movie scene, more so than actual soldiers as they were very stiff and determined to avoid the lense of the camera.
The death of Blake felt too early.

Battlefield 1 the video game had more powerful acting and fx 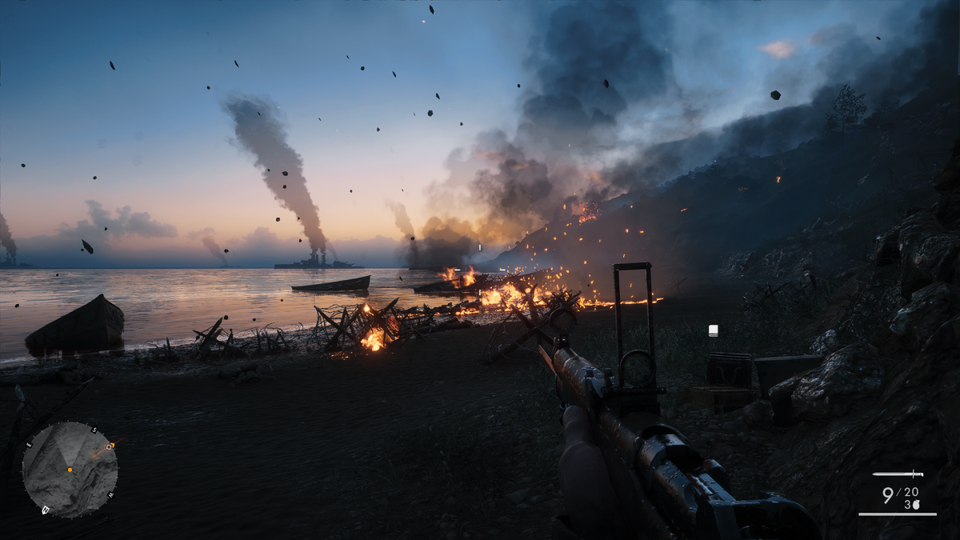