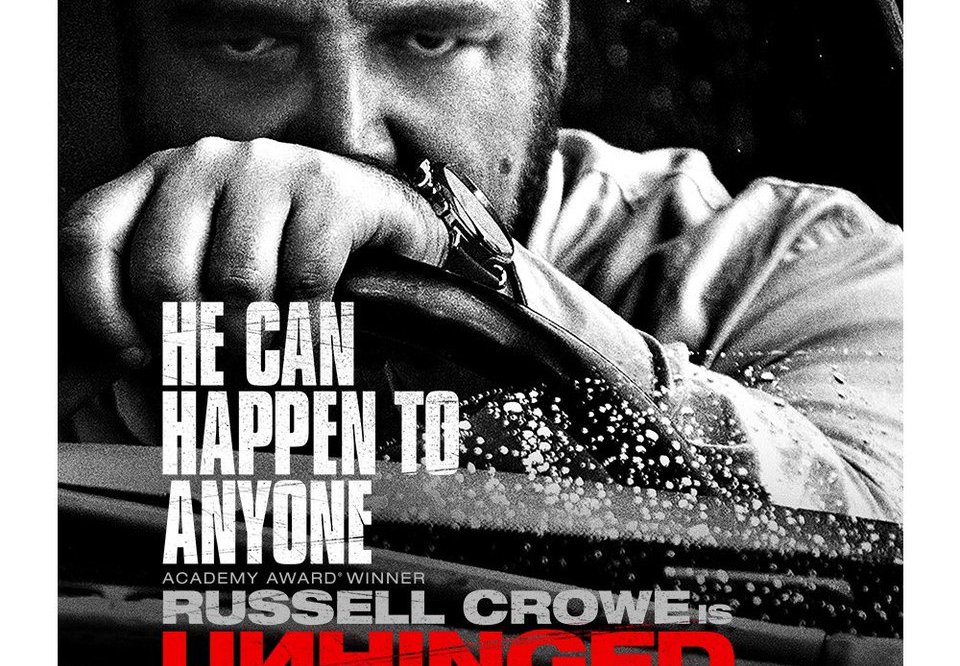 Academy Award winner Russell Crowe stars in Unhinged, a timely psychological thriller that explores the fragile balance of a society pushed to the edge, taking something we’ve all experienced – road rage – to an unpredictable and terrifying conclusion.

The car chases were fantastic, the horror moments were intense. The balance of characters and subplots were razor thin but fit within a film entirely about road rage. The man’s dialogue was inconsistent and filled with grandiose commentary about divorced men.

Few films have the patience to setup a premise with a slow build up and keep modern, attention deficient, audiences interested. Unhinged at least tries to lead with this idea and even though it flops with creating a cheer-able hero or memorable exposition, this film excels at raw traffic horror and intense scenes of unfiltered bloodlust and retribution.

Unhinged starts off establishing the main character Rachel (played by Caren Pistorius) as a young recently divorced mother still dealing with the lawyer who she is friends with. She lives with her younger brother and his girlfriend who are as thin as cardboard character wise. The next several scenes are Rachel and her son along with teeth grinding boredom of the shoddy developed plot, sitting in traffic. This movie rides heavily on the single note idea of road raging at the wrong person. Rachel eventually pulls up behind the antagonist known as The Man (played by Russel Crow). This is when this movie gets fun.

After Rachel and the man have a spat on the road The Man wants her to learn what a “courtesy tap” is. The man follows Rachel throughout the entire films causing chaos and horror throughout.

I really enjoyed the second half of this film. There were some very raw horror scenes in this flick, and the car crashes were Final Destination 2 levels of amazing. As for the plot, the entire conflict between the man and Rachel was she honked at him and he had just murdered his ex-wife. Crow’s character is all over the place emotionally. At first he’s vicious and passive aggressive, then he’s asking Rachel about her schedule after he steals her phone which makes no sense in the context of a man who just snapped, lastly he is yelling out platitudes about divorced men who are trying their best.

Overall, this film is precise in presentation and it accurately brings up only what is needed for its plot though it’s razor thin. The character dynamics are dry and the dialogue is forgettable. The main character didn’t have enough to entice me to cheer for her. That said the kill scenes are expertly done and the car crashes are some of the best I have seen in a long time.

One Reply to “Unhinged Review: A B-Movie Flick With Great Car and Body Horror”