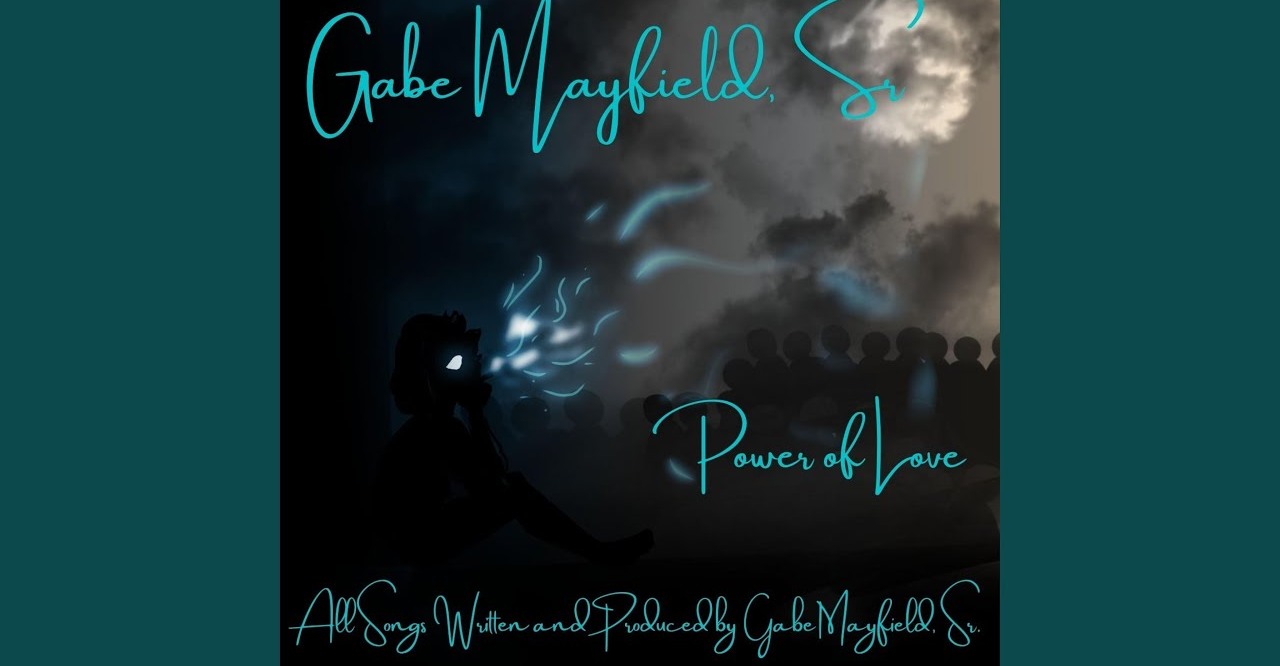 Gabe Mayfield’s debut album “The Power Of Love” is long overdue and destined to gain a special place in the heart of Duluth’s art scene. Gabe has been singing and performing in Duluth for years and his voice is a familiar sound especially during a pandemic like there is now. Gabe’s new record, The Power Of Love, touches the heart and is as natural and earthy as an album can get. I had a chance to talk with Gabe Mayfield. Enjoy the interview.

Walk me through your recording process

I worked with this engineer named Charlie Crasp and he mixed a few songs on the album like “Pick Up The Phone” and “My Love Is Overdue“. I use an old school program called Acid pro. It’s an old program I bring it through there and then I use Audacity which is a free program. From there I use E-master to bring everything out real loud. Then I take the tracks through my mixer and fix everything I need to. Some of the songs on the album aren’t the best quality – but I like it that way because I wanted it to get out there the way it was. The more mistakes I make in a song the more original and unique it sounds. I like to keep those little mistakes in there for anyone. And I hope I give the listener something to look for so they are following the song almost like they are following a path. So they are going on that creative journey with me. I’m trying to make sure the mistakes are okay because we aren’t perfect. So I like that the album isn’t perfect and it’s raw.

Also I don’t use mechanical drums or samples I actually beatbox the beats. I’ve been beatboxing for like 15 years and I used beatboxing for the percussion. And that’s how I started some of the songs creatively I’ll beatbox 10-15 bars and when I hear something more in that recording I’ll go ahead and play over it.

What number album is this for you?

This is my first album I’ve published – debut album, I only collaborated before!

The more mistakes I make in the song or the mistakes are the original uniqueness of recording – I like that the album is raw and from the heart you can feel what I am saying.

How long did you take to make the album?

I recorded another song that will be on the next album – I recorded 21 songs – with about 15 more songs in progress that I want to put on the part two of this album called “The Power Of Change” – so it took me about a year to record Power Of Love. During that time I found old lyrics I found from years ago and tried fitting them with new music. I was like, wait a minute, and it changed my recording process – where I wrote a lyric and then freestyled it and then recorded it and kept doing that –

What were some of your inspirations/influences for making the album?

The pandemic, family, George FLoyd, and the movement that came after George Floyd. I wanted to express some inspiration within that pain and there was a lot of pain in that.

The pandemic, family, George Floyd, the movement of that and the reaction, I wanted to express some inspiration within all that pain. There was a lot of pain in just learning how to express ourselves. I’m not political so I know I could express myself through music. The main focus is covid but the real focus should be drugs and struggle ODing – And the album is expressing the human nature of struggle and your trying to support someone going through something that isn’t visible. The songs do that. I play the album everyday to see for myself and it changes my mood. It inspires me. I hope it catches someone else who might be feeling this pain that we’re going through. Because it’s not over, people think it’s over but it isn’t and we have to look at things that are ugly. This album is for people who are alone too to let them know they are not alone.

Did this album help you become a better writer or singer?

Definitely, this album is where I found my voice. This is me just talking. I don’t feel any strain – when I used to sing, I hurt my voice because I was trying to mimic someone else – In this album I found out how to breathe and sing without stuttering and I felt like getting more singers involved – because I found my voice. I have some lyrics that overlap each other and I do that to push myself and have something to sing to and test it out. So when I started recording I was like this is my voice and this is my sound I want to put it out there.

In one of your songs you say “mask up” do you think that will age well?

That’s a good one! I thought about that when I recorded it – When I was writing that I was thinking about protesting. I coached basketball during the pandemic and they had to wear the mask the whole time. I thought the youth would embrace the mask and do all kinds of crazy things with it – So the mask can go so many different ways – We all wear masks wherever we go. It’s the same thing with wearing masks because of Covid. We need that human connection from time to time and it’s being taken away from us – It has to do with everything that has been happening before covid – hands up no cuffs freedom …

We all wear masks wherever we go it’s the same thing with wearing masks because of Covid. We need that human connection from time to time and it’s being taken away from us – It has to do with everything that has been happening before covid – hands up no cuffs freedom …

What was your inspiration to use acoustic guitar throughout the record?

I wanted to make sure that all the songs I made were from scratch musically and the guitar was what I wanted as my tool to bring out my voice – I don’t play with the pick, I play with my thumbs – I don’t use samples I beatboxed, the beat I made sure it’s all me – I’ve never learned formal scales on guitar I just play what I hear and record that – Then I add lyrics to it.

The themes of the record talk about changes and the oddities of that, struggle in life, and faith and Gabe’s voice harmonizes on a note that is delightfully human.

Musically, the album features a minimalist acoustic guitar guiding the songs throughout the whole record. The stories sung in beautiful harmonies over the acoustic tones are very personal anecdotes ; he admits to struggling in his life going to school “on his porch” and his will to push his way out of struggle in the song “I wish I could“. Gabe’s heart is referenced as a character in the stories of struggle and the lyrics paint a picture of who he is as he sings about wanting others to recognize their hear and the importance of love.

Overall, Gabe’s latest album stamps an identity on a brand of struggle and hope that only Gabe’s unique voice can translate smoothly and it couldn’t have come out at a better time!